As college tuition rates have risen over 25% in the last 10 years, it is no surprise that millennials are drowning in student debt and completely overwhelmed in their financial life. Being a millennial himself, Stephen Fletcher, CFP®, MBA, understands the complex and crippling tide of millennial money. In an interview with Gold Coast Radio's Josefa Salinas, Stephen provides hope and a call to action for all millennials: know your goals and save for yourself. Read the hot points below, or listen to the full interview here: 04_-_Gold_Coast_Broadcasting[1].mp3.

GCR: Today we are talking about how millennials are stressed about their finances. I know my son certainly is because he has $300,000.00 in student loans to pay off from going to NYU. Stephen, please give me some advice for my son.

SF: "Unfortunately, more and more of that is the case - that a lot of people are graduating with just an astronomical amount of student loan debt. Really, it is so daunting. You look at that large number and you think, "How am I ever going to get this paid off?" And really what we've found in working with millennials is that we got to take this one step at a time, right? So that first step is really important - I know it's a difficult exercise sometimes for young people - but, you've got to know where you're headed. 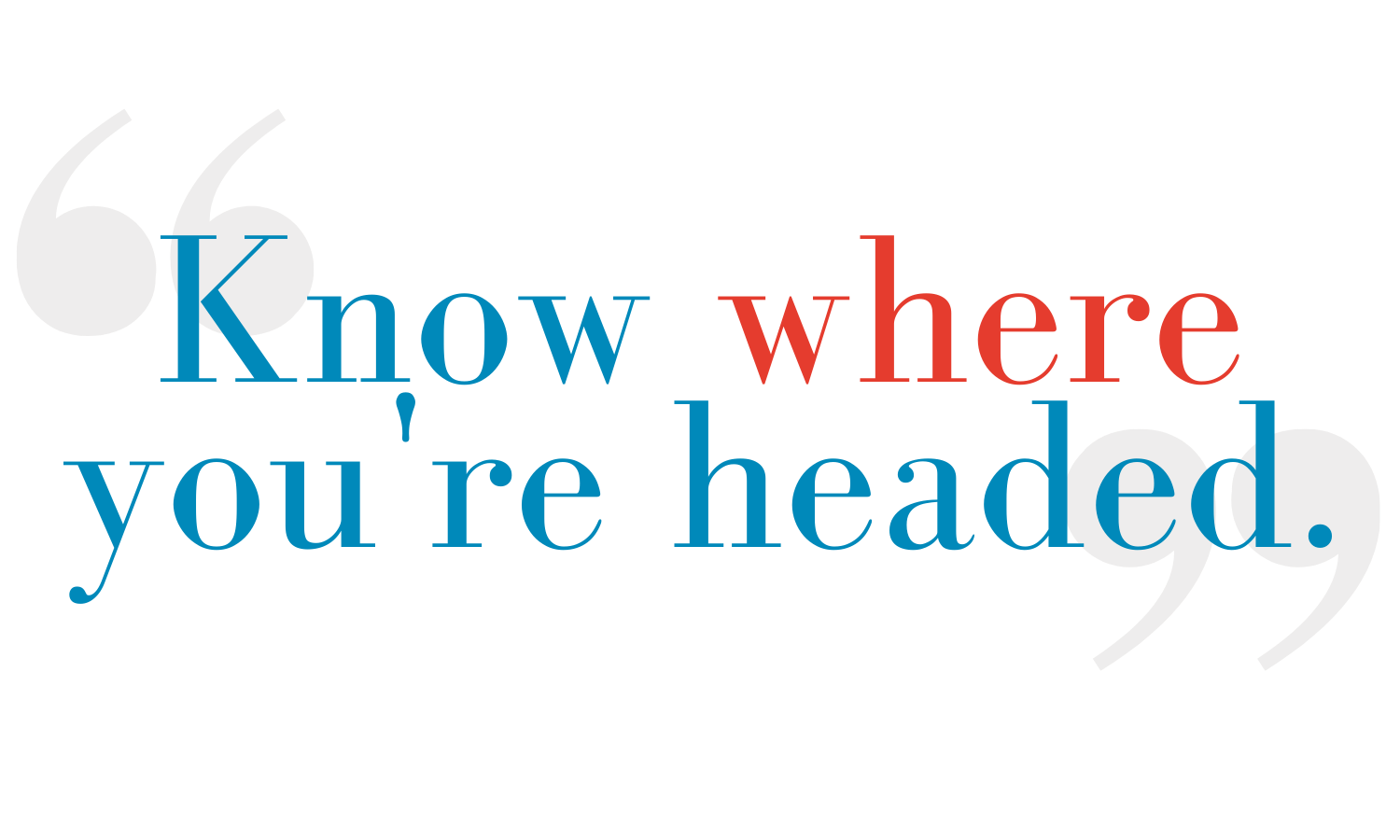 We recommend that you write down your goals as it relates to your finances. Get them in writing. Hold yourself accountable so that you know where you want to be headed. That way you can build a budget around what you value in life. You can make sure that the different areas that you're spending money that aren't moving you in the direction of those values and of those goals, you can cut out. A lot of times people end up neglecting themselves, neglecting saving for themselves because they have so much student loan debt. It's really important to strike that balance between making sure you're staying current with your student loans or possibly even paying them down, if that's the right thing for your situation. But also saving for yourself, because really it's important that millennials do think about investing in themselves. Sometimes there's another degree out there that they need to get. Sometimes it's some experience that's really going to set them apart in pursuing their goals that they need to get. So do think about investing in yourself, putting your budget together so that you can earmark some dollars to go towards furthering yourself.

GCR: How do we help our young people to set up a budget? What are some of the key things that go in to setting up a budget? 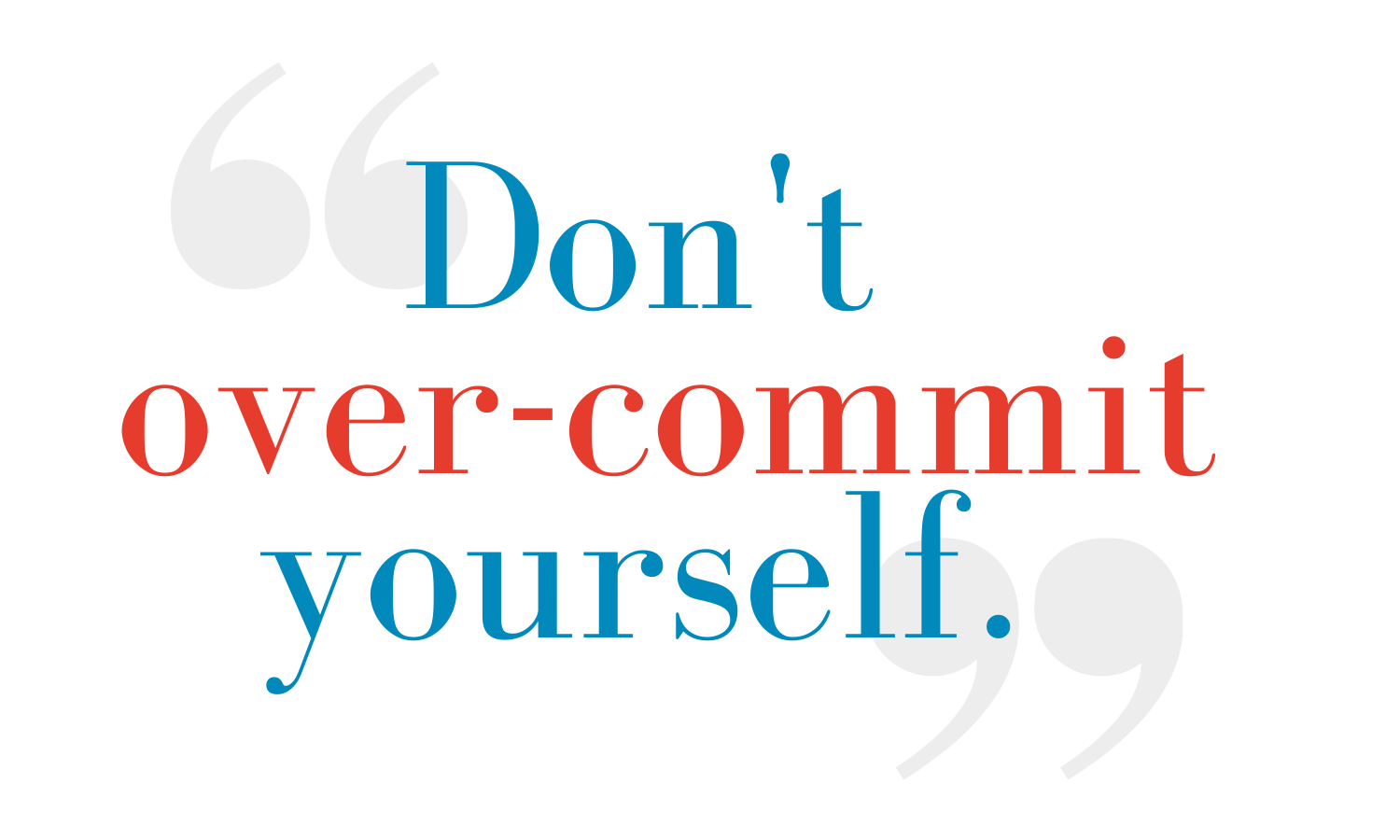 SF: That is a great question. Obviously, it's going to be really important to know what's coming in. You really can't set up a budget too soon. You do have to have the job and know what dollars are going to be coming in. But, then the rest of it, you do need to budget for your rent or mortgage, whatever that might be. You need to budget for utilities, you need to budget for all of those really important things. But it's  critical from the outset that, as you are building that budget, you make sure that you are keeping it a minimum those things that are discretionary, right? I mean, Netflix now allows for you to share a certain number of logins with your account. Don't over commit yourself in the areas that aren't going to be significantly improving your lives if it means that it's detracting from your ability to save for yourself, or to reach the amount that you need to pay on your student loans. You've got several tranches of things that are going to build up your budget. You have the things that are absolutely necessary, the things that you really want, if you can afford them, and then the things that would be nice to have. And make sure that you start with those most critical first and you work your way down and see where you have room in the budget for those things that would be nice to have.

GCR: I talked to my son actually yesterday about this and I said, "Son, why not put aside $25.00 a week? Just put aside $25.00 a week. Let's stick it in an account that you can't grab a hold of. You don't have an ATM card for it. Nothing." And he was like, "I could probably do that." Because when you ask him to save, he's like, "Oh, I have so many bills. I can't save. Everything I have goes out." But when I told him, "Let's just start with $25.00 a week until you build yourself up some more." Saving twenty-five dollars a week was something he could wrap his head around. Is that a good idea?

SF: That's great advice, because it is taking that first step. Number one, he's going to get to see the benefit of that money going into an account and it's going to grow and that balance is going to be larger. He's going to be able to see, "Hey, I can do something with this now." It's not so much that he's having to trim significantly so that he feels like he's losing something. So that is a fantastic way of doing it. A lot of people talk about the debt snowball, where you pay off one debt and then you take the money that you were paying on that one and you put it onto the next one. Well, the savings snowball works the same way. You start with a little bit, you see that, "Hey, I can afford $25.00 a month. Maybe I could afford an extra $10.00 a month, and then another $15.00 a month." And before you know it, you're saving something that is actually really meaningful on a monthly basis, and you got there not by trying to take it all in one fell swoop. I mean, we're still here at the beginning of the year. You think of those people that have their New Year's resolutions, and the ones that have these really grand, "I'm going to go to the gym every single day." Well, a lot of times you fall short of those goals and then you feel bad, and so you just stop altogether. When you make it simple and able to be followed goals that are reasonable, then you're going to see that you'll be much more successful in reaching them.

SF: That's a great question. So firstly, I think a financial planner is important because if you're trying to do this all on your own, you're going to get those general rules that are out there on the internet. The reality is that those general rules aren't going to work for everybody. Each person is individual. Each person has a unique makeup, they have unique goals. They're trying to go through life in a unique way. You need somebody that's going to be able to understand that and that's going to be able to help you plan around that. So NAPFA, the National Association of Personal Financial Advisors, we're a fee-only group of planners held to what's called a fiduciary standard. Meaning that we are legally obligated to put our client's interests above our own. A financial planner can sound daunting and it can sound expensive. But one of the other great things about NAPFA is that you can find a planner of any shape or size. You can go with somebody if you think you need help for several years and it's going to be a long-term commitment. You can find a planner that will help you there. You can find a planner that's going to carve out a couple of hours to help you get down in writing what it is that you need to do to be moving in the right direction. NAPFA has a website that is a great resource just to learn more about financial planning. They've got a great tool that helps you find a financial advisor so that you can put in all the parameters. If you want to sit down with somebody, if you want to plan around a specific type of planning, it will pull up the people that are experts in those areas or that are local to you. Then you can take that next step and just reach out to them and see if it's a good connection. 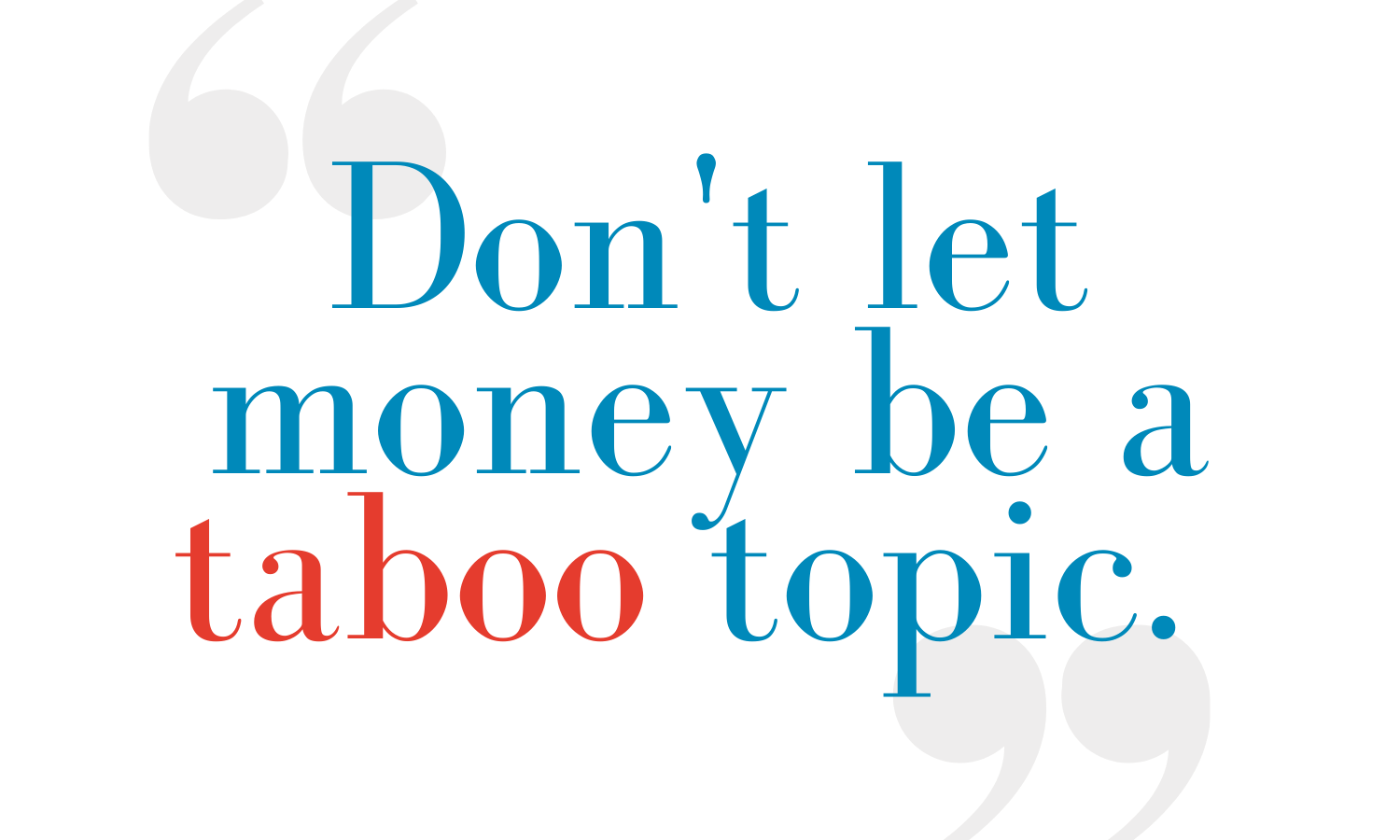 SF: I would just say what you have already done. Something that a lot of other parents, I think, should consider and that's just have a conversation. Financial planning is critical for everybody at every stage. It doesn't matter how many years you have left until retirement, because financial planning is not only for retirement. It's also for the different goals that you're going to have between A and Z. Don't let money be a taboo topic. You know, bring it up, share your own experiences, share your successes, share your failures so that your millennial kids can learn from you and be better set-up going forward.