In 1974, with the passage of the Employee Retirement Income Security Act (ERISA), Congress gave Americans a useful tool for retirement savings: The Individual Retirement Account, or IRA. Though the rules have been tweaked over the years concerning who gets to use them and how much they can be funded, they remain a ubiquitous tool for tax-efficient savers to grow retirement wealth.

Most everyone is familiar with their advantages: typically, a contribution is an above-the-line tax deduction, and all income and capital gains inside the IRA are tax-free. But like any wonder drug, there are some side-effects, some reasons why IRAs don’t work for everyone’s plan. Here’s what IRAs should have on their warning label:

It’s not all yours

The most obvious and general downside is that, when distributed, you pay ordinary income tax on the distribution. It’s still a great deal to have many years of tax free growth, but the advantage is significantly compromised if the marginal tax rate in the year of contribution (which you get the deduction for) is less than the marginal tax rate in the year of distribution (which you pay income tax on). Something to think about before overloading massive amounts of wealth into qualified plans and IRAs: eventually the government gets to take their bite, and that bite could be larger than the benefit you received.

They can prevent the execution of backdoor Roth conversions

It is, however, possible, for anyone with earned income to make a nondeductible (sometimes called after-tax) contribution to an IRA. This creates “basis” in the IRA, which, if properly accounted for over years of tax returns, can avoid tax at distribution. But since only the principal, and not the growth, avoids tax, it is substantially inferior to a Roth IRA.

Having a balance of pretax money in an IRA prevents the backdoor Roth contribution from being an effective strategy. Fortunately, in many situations it is possible to rollover pretax balances into a qualified plan (like a 401(k)), leaving behind only the basis to be converted, as the rollover prioritizes the pretax contributions first rather than prorating them. 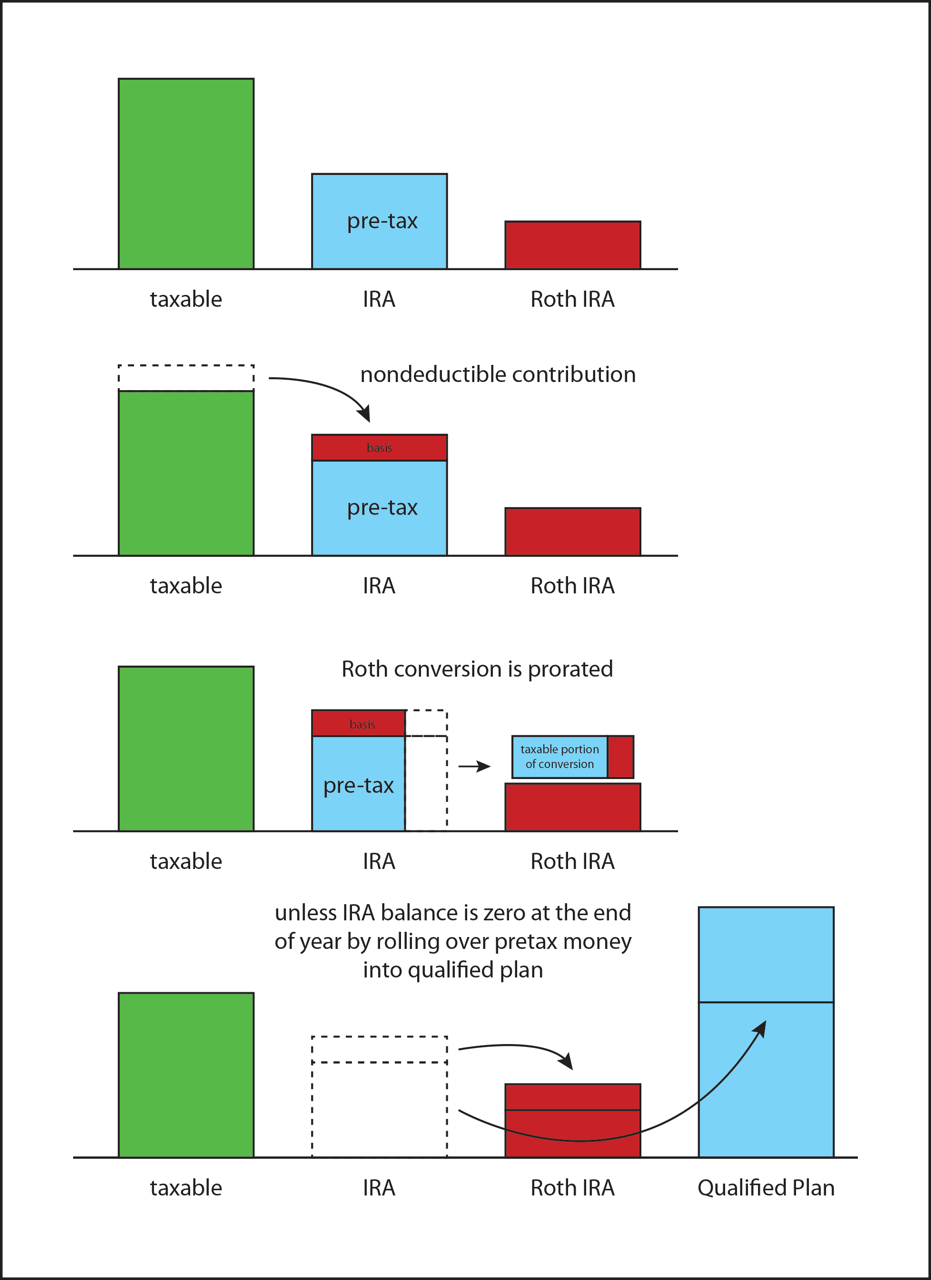 For taxpayers able to take advantage of backdoor Roth contributions, a traditional IRA should stay empty and only be used as a conduit for receiving nondeductible contributions and converting them to a Roth IRA.

They may be losing their “stretchiness”

At the time of this writing, non-spouse beneficiaries of IRAs can still “stretch” the minimum distributions required from an inherited IRA over their expected lifetime, preventing a large tax hit for heirs. But Congress is clearly open to removing this feature to collect revenue quicker. The Setting Every Community Up for Retirement Enhancement (SECURE) Act, which passed the House in May, would require IRAs to be distributed within 10 years for beneficiaries older than 18. The Senate’s version, called Retirement Enhancement and Savings Act (RESA), requires distributions within 5 years for most beneficiaries but exempts the first $400,000 from the accelerated distribution requirement. The two bills are not yet reconciled, but clearly the “stretch IRA” is on life support.

What this means—especially large IRAs which may have only one or two non-spouse beneficiaries—is that may be better to accelerate (or Roth convert) the distributions at the tax rate of the original owner than have them pass to the next generation where they may be forced to distribute faster, and therefore at potentially higher rates.